2FM: A frenetic world of squawky voices and auto-tuned pop
As an experimental composer dubbed “the godfather of Irish electronica”, it’s unsurprising that Roger Doyle has been motivated by means of many avant-garde sources at some point of his profession. Sure sufficient, whilst he appears on Mystery Train with John Kelly (Lyric FM, Sunday-Thursday) to talk approximately his existence, Doyle cites the significance of ambitious innovators consisting of Igor Stravinsky, Karlheinz Stockhausen and Brian Wilson of The Beach Boys. But it’s at the give up of his verbal exchange with Kelly that Doyle in reality pushes the envelope, invoking a supply of idea that remains taboo in even the most way-out circles. 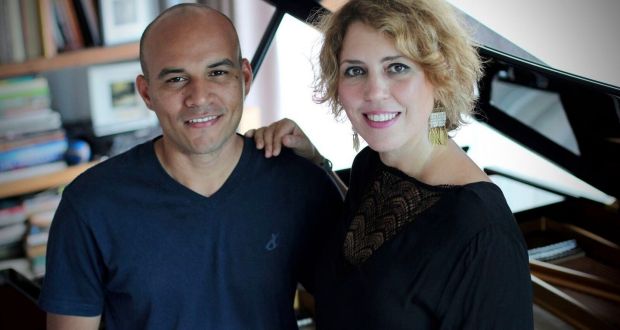 “I do test out 2FM,” Doyle says, including, “I don’t bemoan the deterioration of pop culture.” Lyric’s output can be much less stuffily middlebrow in recent times way to the open-minded technique of Kelly and others, but breezily lauding the unabashedly poppy 2FM on its classical sister station looks like an outrage on a par with Oedipal-stage profanity. Hosting his ordinary Sunday night time profile interview, Kelly gives an appropriate foil for Doyle’s huge spectrum of music, but the composer’s taste for smart pop – in this situation, Australian singer Sia – in reality proves he is open to anything. 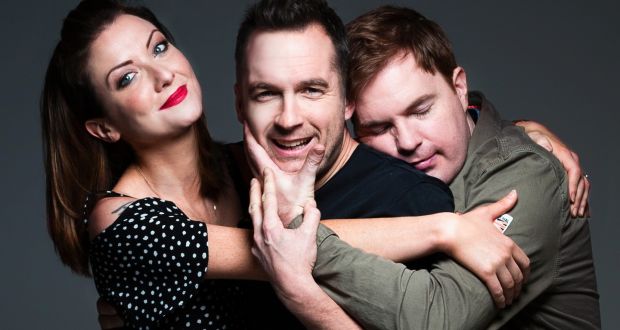 Tuning into 2FM only will increase one’s admiration of Doyle’s mind-set, no longer to say fortitude. In its quest to draw the coveted but elusive demographic of younger listeners, the station has great-tuned its approach to display screen out all and sundry over 30 and/or possessed of a sensitive disposition. A cursory scan famous a frenetically paced international of squawky voices and hyperactive communication, where movie star gossip is the lingua franca, names which includes Roz Purcell and Vogue Williams are invoked as cultural touchstones and auto-tuned, slickly-produced pop presents the relentless soundtrack. In short, the revel in makes avant-garde compositions
But as soon as the preliminary surprise of immersion on this icily bracing radio surroundings has exceeded, differences in tone and emphasis start to emerge throughout the various programmes. Despite the unequal billing in its name, The Nicky Byrne Show with Jenny Greene (2FM, weekdays) depends on a nicely balanced chemistry among the 2 hosts for its attraction. As the erstwhile member of boyband Westlife, Byrne might also have the bigger megastar profile but he sounds satisfied to have his co-presenter returned from vacation on Monday morning. Less predictably, Greene sounds overjoyed to her return to work, thanks to a disappointing wreck in Italy.

Every cloud has a silver lining, but. Greene’s unsatisfactory vacation will become the show’s fundamental topic for the day, because the presenter recounts a litany of airline blend-ups, abortive boat trips and stagnant jacuzzis. First-world issues all, however such low-stage distress is grist to the mill for Byrne, who sounds gleeful at the banter opportunities this offers. When Greene remarks that she additionally had “amusing” while away, Byrne strives to maintain her on-message: “We want to focus on the awful points.” Listeners are then invited to proportion their own vacation horror memories, providing extra precious difficulty remember.

Depending on one’s point of view, that a lot airtime may be taken up with such flimsy material is either a tribute to or indictment of Byrne and Greene’s partnership. Either manner, it captures the essence of the display, wherein what is being mentioned topics much less than the manner in which the presenters speak approximately it. Amid the good-natured jibes and regular references to Byrne’s pop superstar beyond, an air of casual irreverence prevails, which extends into gadgets along with the discussion on student life with fellow 2FM presenter Ciara King.

There are a few pink traces, but. In unique, gambling tune recorded in the darkish a while before the 1990s is a cardinal sin. When Byrne plays a snippet of Starship’s 1985 cod-rock hit We Built This City, Greene laughs along however insists that it’s “no longer allowed”, like a rebellious antisocial all of sudden realising things have long gone too far.

Compared with the light-hearted antics of Byrne and Greene, The Eoghan McDermott Show (2FM, weekdays) has the host positioning himself as the station’s resident intellectual. In fairness, the bar for this submit isn’t set very high, but McDermott does often tackle uncomfortable actual-global issues in a way this is surprising on a fizzy song station. On Tuesday, he talks to author and campaigner Orla Tinsley approximately her double lung transplant and her life with cystic fibrosis, sounding absolutely moved by way of her ordeal as well as her electricity of character.

The following day he talks to club DJ and Syrian aid charity founder Calvin James approximately his time caring for casualties within the united states’s brutal civil warfare. It’s an often harrowing communication, but the presenter can’t determine whether or not to concentrate at the horrors of the Syrian state of affairs or the emotional effect it had on his visitor. There’s also something disconcerting approximately McDermott pausing the interview to introduce a tune by way of Beyoncé. The assumption that a (probably) younger audience can’t sit down via a critical object is each patronising and miserable.

But McDermott frequently bridges the distance between buzzy fun and greater critical issues with aplomb. He is at home discussing American politics with ordinary contributor Mark Joseph Stern, fortuitously chats as Gaeilge with secondary school scholars in Gort and mischievously coaxes (terrible) tries at an Irish accessory from Hollywood stars Cate Blanchett and Jack Black. It’s active, arresting and, crucially, never boring. At instances like this, you don’t ought to be an avant-garde artist to enjoy 2FM.

As Storm Ali wreaks havoc and tragedy throughout the u . S . A ., it causes extra prosaic complications for RTÉ presenters overlaying it. On Today with Sean O’Rourke (RTÉ Radio 1, weekdays) the host struggles to listen Met Éireann weatherman Gerry Murphy over a wind-disrupted mobile line, getting more annoyed with each attempt. Later, after the typhoon reasons a brief interruption to the community’s transmissions in Dublin, Áine Lawlor welcomes again listeners to News at One (RTÉ Radio 1, weekdays). The belief that humans are ready in silence for resumption of provider raises a brand new twist to the vintage philosophical conundrum: if a presenter talks to an target audience and nobody is round, does she make a valid?